As the romantic poet Lord Byron once poetically waxed;

“At the moment of the creation of our planet, the most beautiful merging of land and sea occurred at the Montenegrin seaside… When the pearls of nature were sworn, an abundance of them were strewn all over this area.”

Indeed—-a sense of this impression will be easily fathomed from the inspiring mountain heights surrounding Montenegro’s spectacular Bay of Kotor—understandably coined as ‘Europe’s Southernmost Fjord’. Majestic peaks rise precipitously from the clear reflective azure waters of the winding bay. Picturesque Coastal towns dot the shoreline, in a choreographic harmony with the natural landscape.

The “whole kit and kaboodle” is listed as a UNESCO World Heritage Site – known as The Natural and Culturo-Historical Region of Kotor, Montenegro.  A rare and worthy recognition. Mediterranean climate allows for year-round pleasures — with Spring and Fall offering an ideal balance of comfortable temps and diminished crowds. 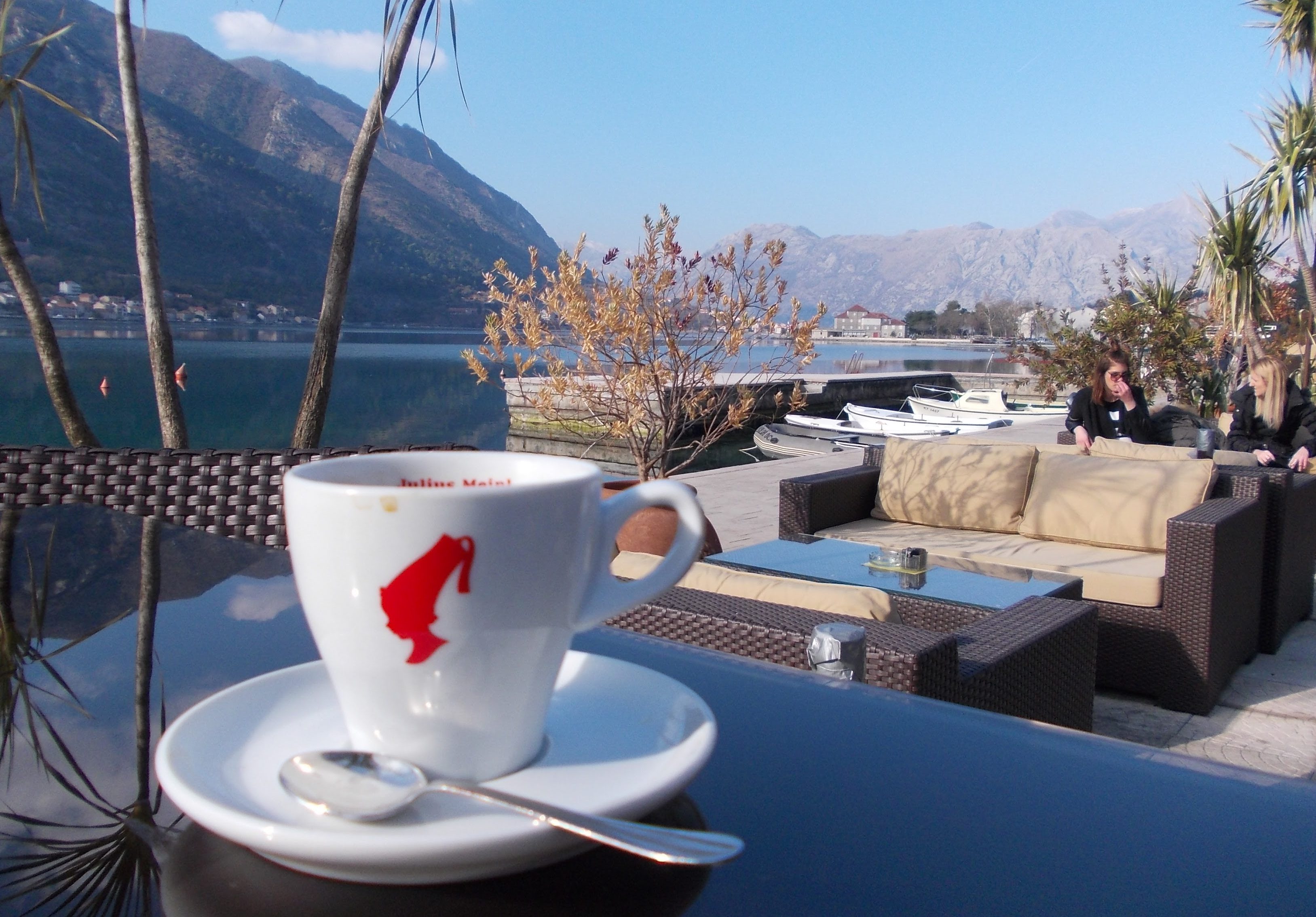 Via seafaring, trade and recurrent conflict, the region has strategically served as a conduit for the integration of Mediterranean culture into the Balkans – evidence of which is ingrained in its very fabric  – evidenced most by the Venetian-influenced architecture of the old towns. Architectural styles range from Gothic, Renaissance to Baroque–along with Neo variations. 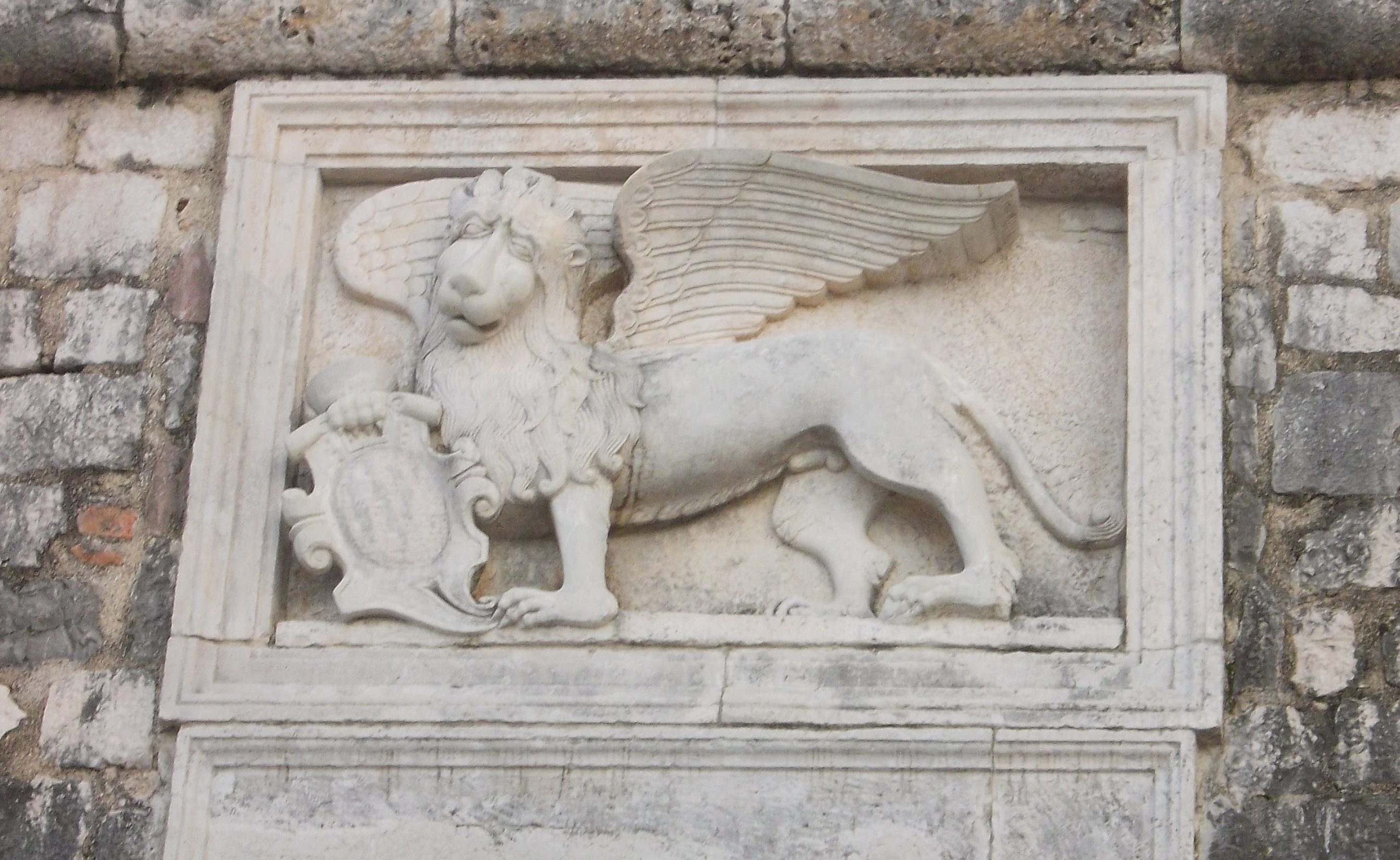 The crown jewel of the ‘Boka Kotorska’ undoubtedly is the medieval Old Town of Kotor—nestled at the protected end of the winding bay. One of the most authentically-intact medieval old towns to be found….anywhere. The perfect place for aimless wandering within its compact walled environs. 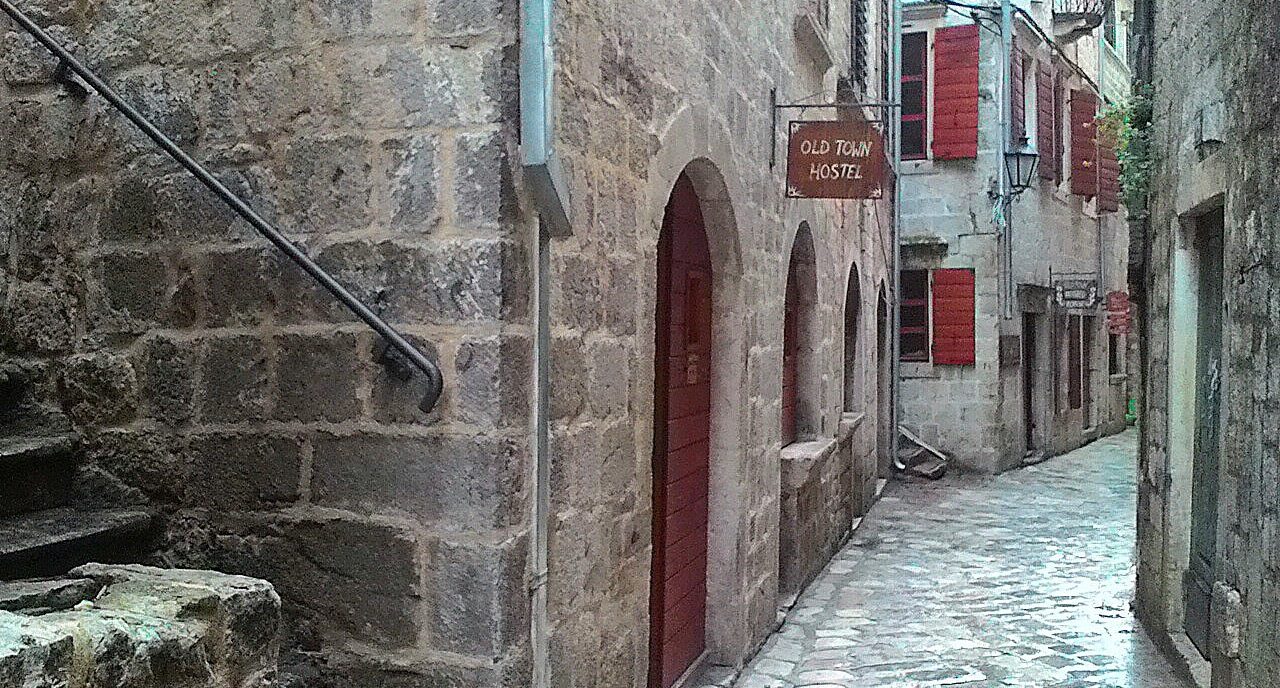 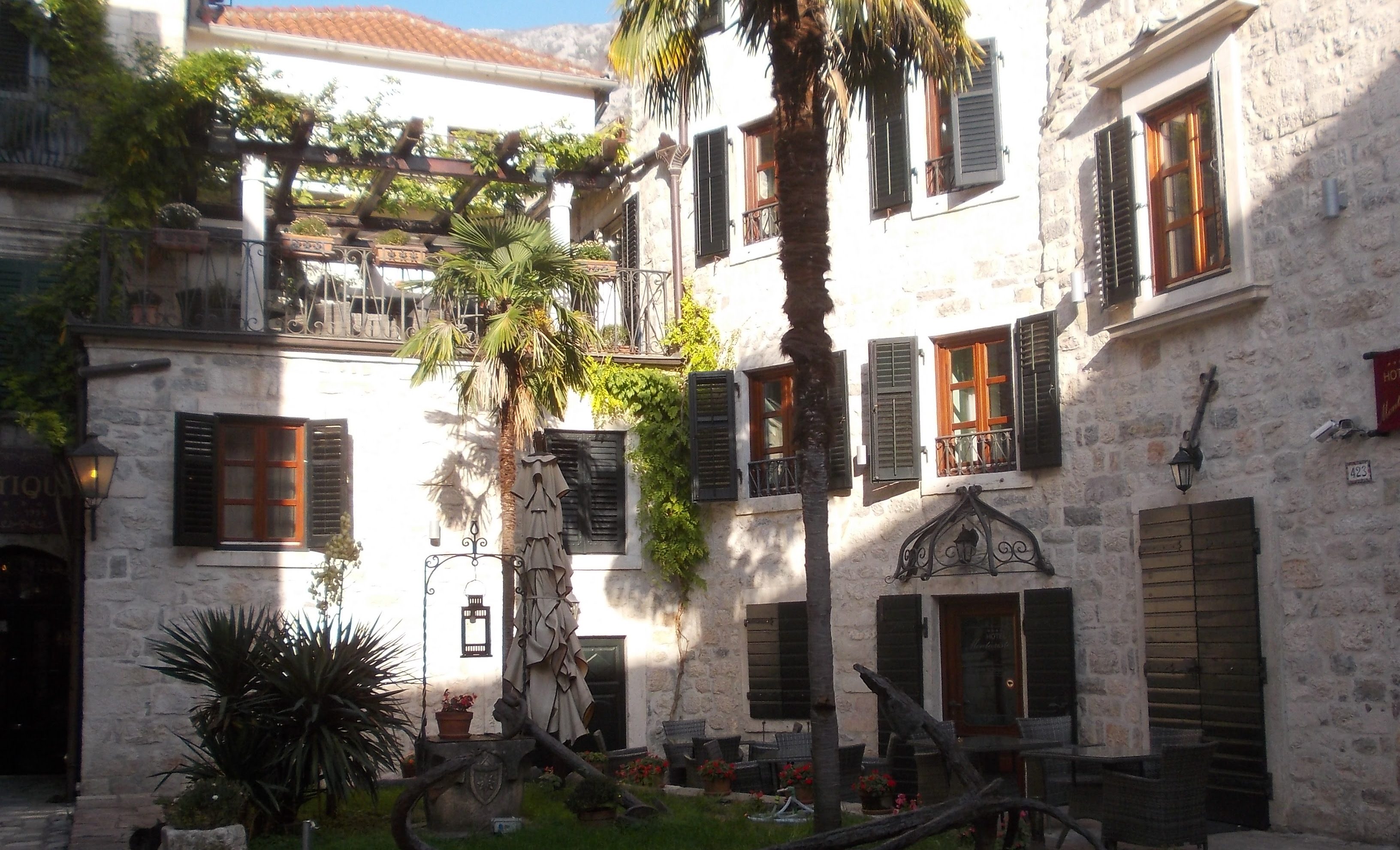 Within the walls of Old Town Kotor

Perched precipitously above the old town are the formidable Fortifications of Kotor — culminating, after ascending 1,350 stairs, at the Castle of San Giovanni  (St. John / St. Ivan). Awe-inspiring panoramic views of the surrounding topography are offered up every step of the way, with Kotor’s Old Town protectively encircled below. 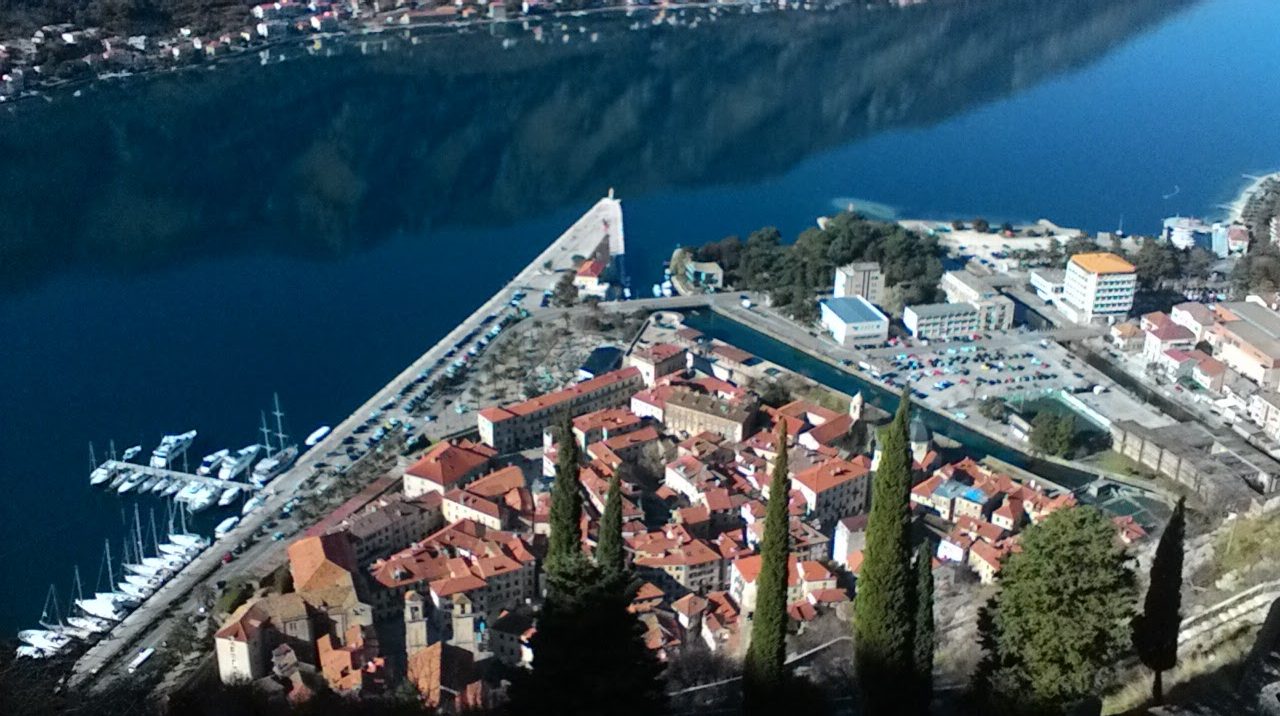 Kotor Old Town — as viewed from its looming Fortifications

The ‘Ladder of Cattaro’ Trail

A veritable hiker’s paradise awaits the more intrepid wanderer beyond and above the fortress. The ‘Ladder of Cattaro’ (old caravan road to the historic capital of Cetinje) zig-zags its way to much loftier heights and indescribably expansive panoramic views. Given adequate daylight and prime conditioning, an ultimate goal would be an ascent of Mt. Lovćen — an approximate 38km/24 mile relentless circuit hike — with a total ascent & descent of 5,738 feet/1,749 meters. Spectacular day trekking opportunities abound in the mountains surrounding the bay — personal favorites being along the Vrmac peninsular range which divides the bay. 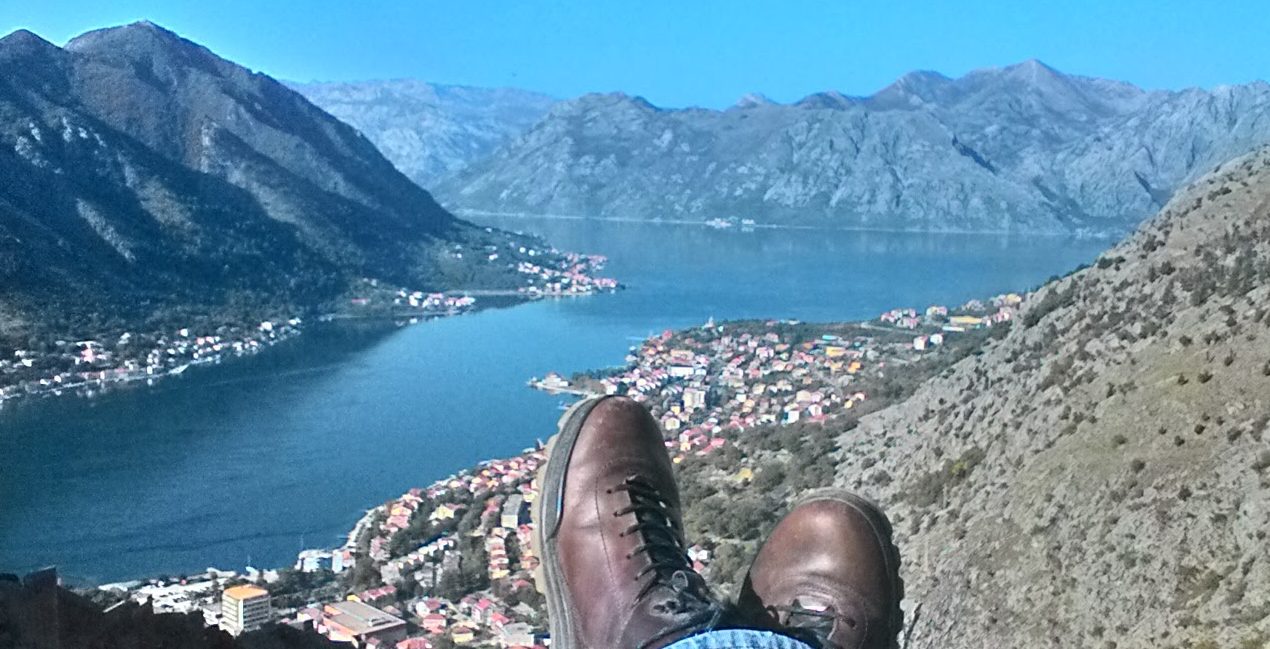 Soaking it in! ….while ascending the Ladder of Cattaro trail 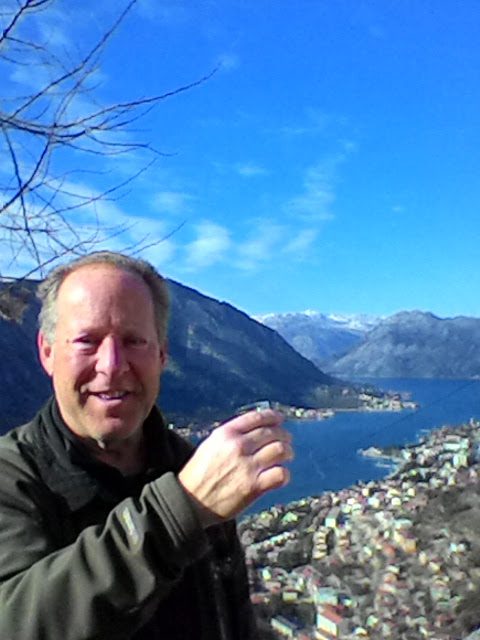 A rakija toast with “the Goatman” — zivjeli!

Bottom line: an idyllic and harmonious blending of sea, mountains & culture. A place to behold……and EXPERIENCE!

The Cathedral of Saint Tryphon in Old Town Kotor 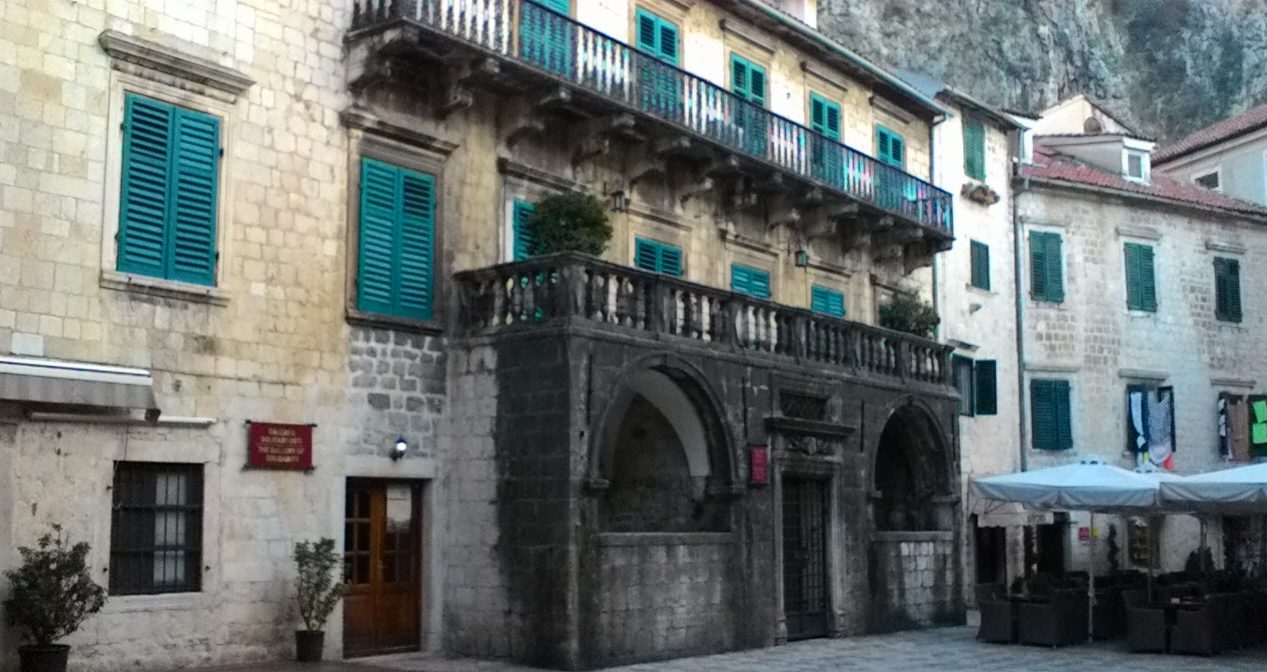 The Pima Palace – one of numerous within the old town walls

Piazza of the Arms: Main Square of Kotor 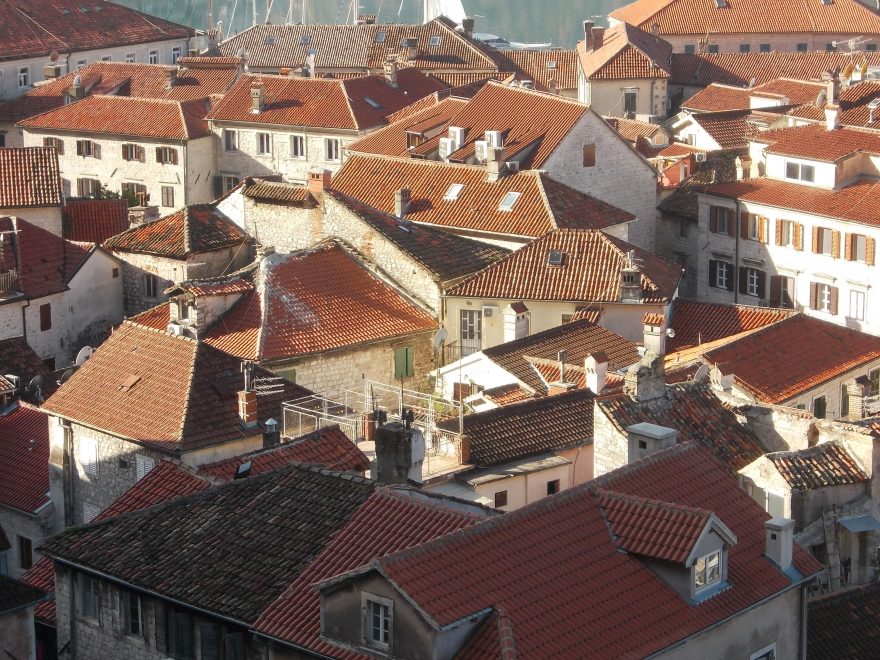 Along the upper town walls 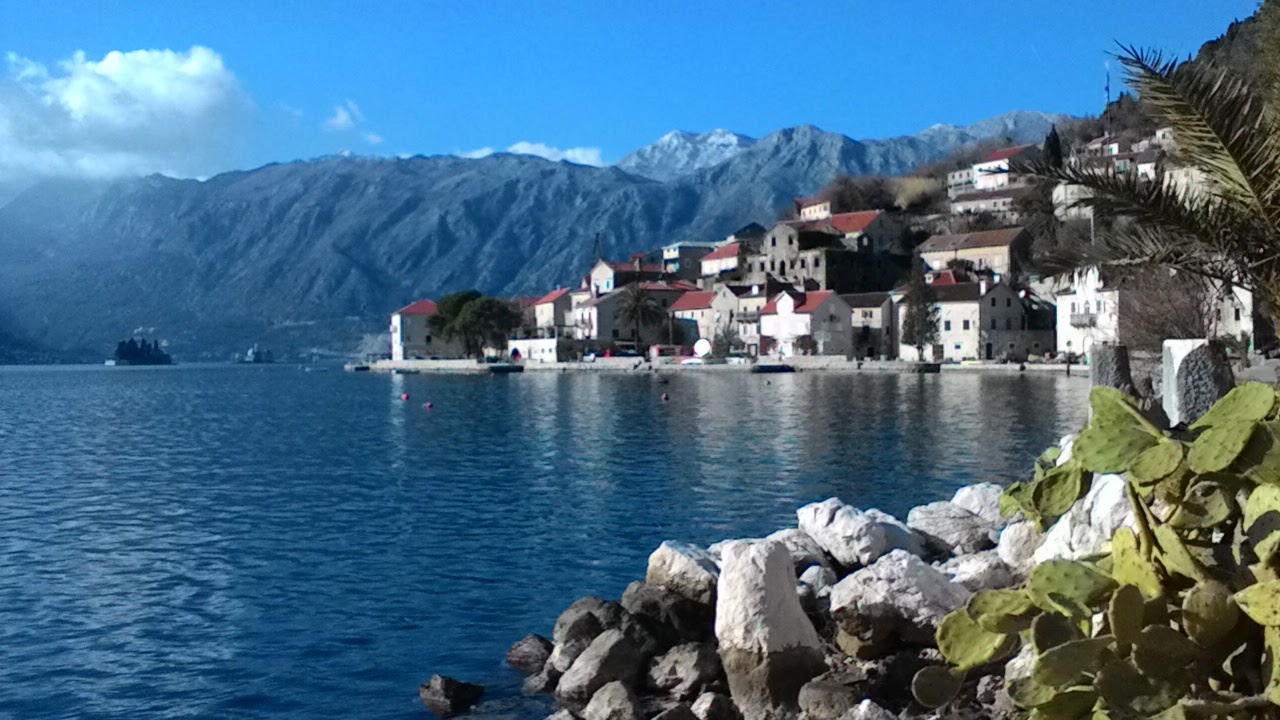 Perast: the Baroque jewel of the Boka Kotorska 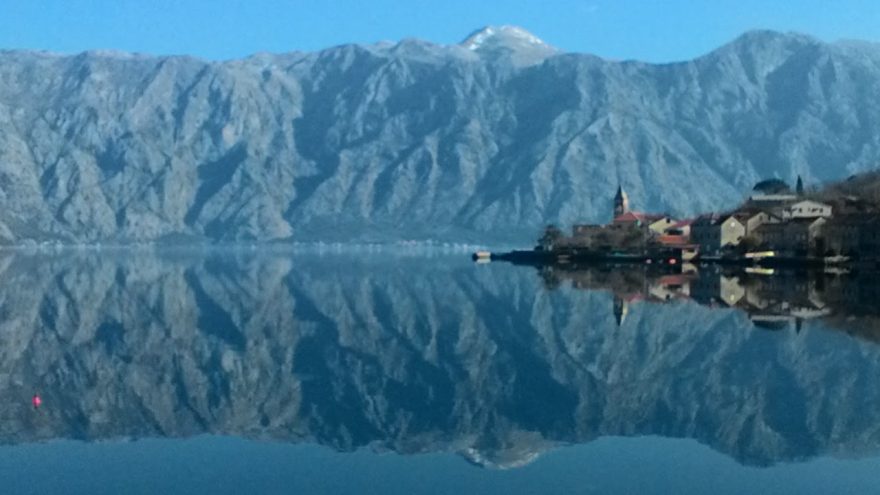 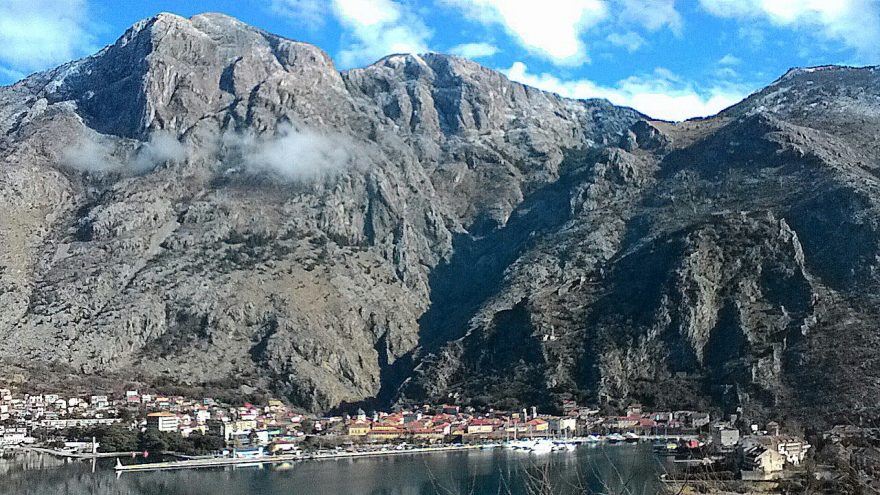 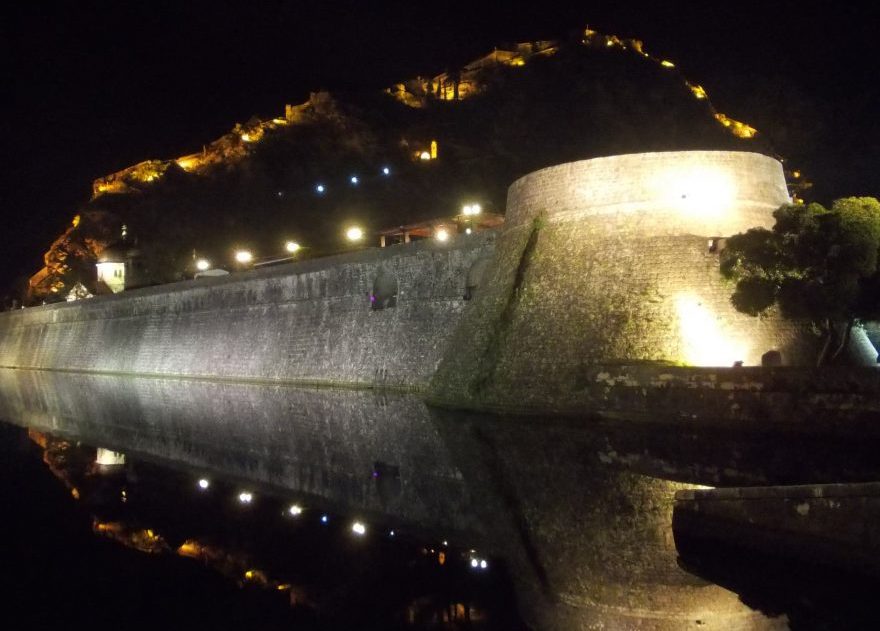 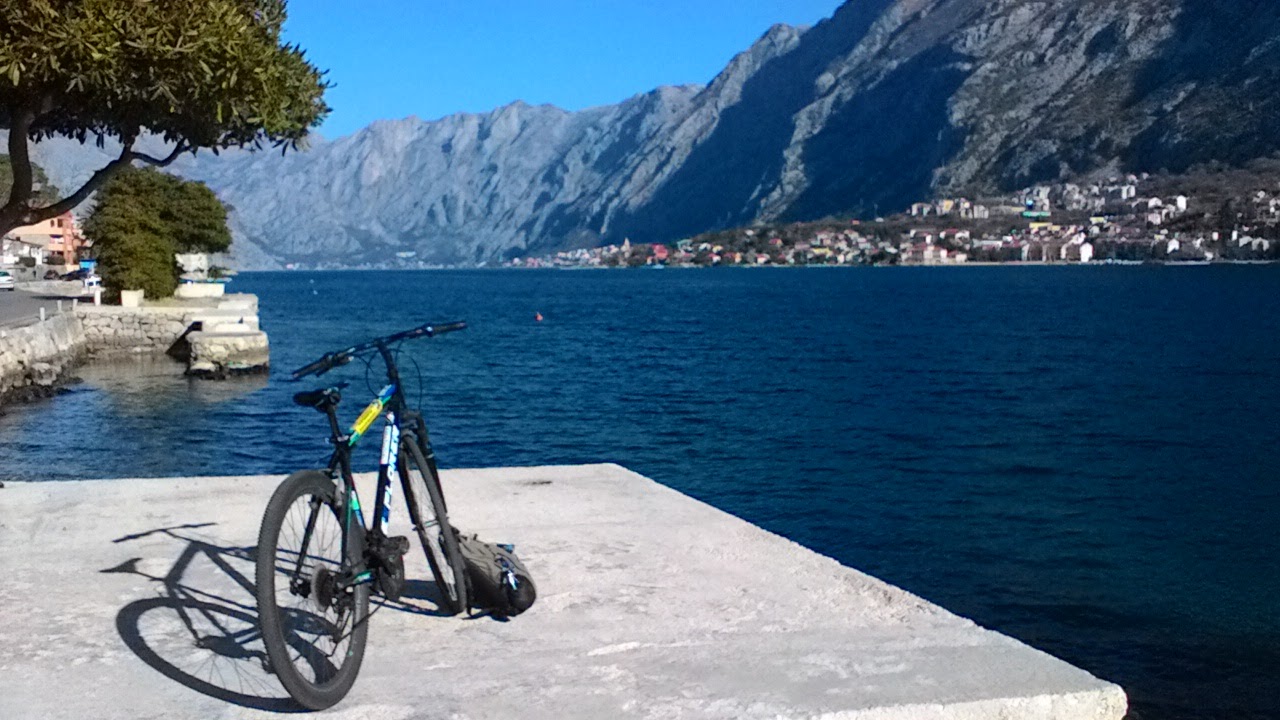 recommendations to enhance your experience in Kotor: 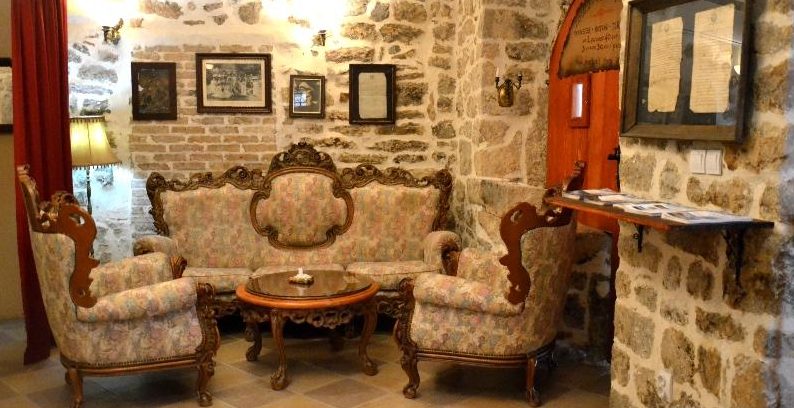 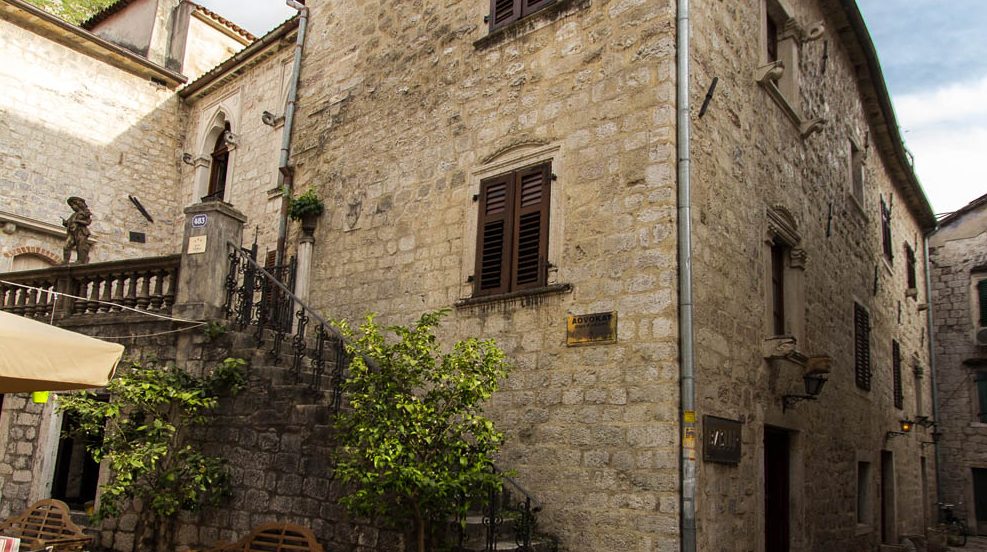 360 Monte Travel Agency: For explorations further afield–look no further than this highly-rated tour company based within the walls of Old Town Kotor. Offering a broad collection of organized tours throughout the breathtakingly spectacular wild beauty of Montenegro. 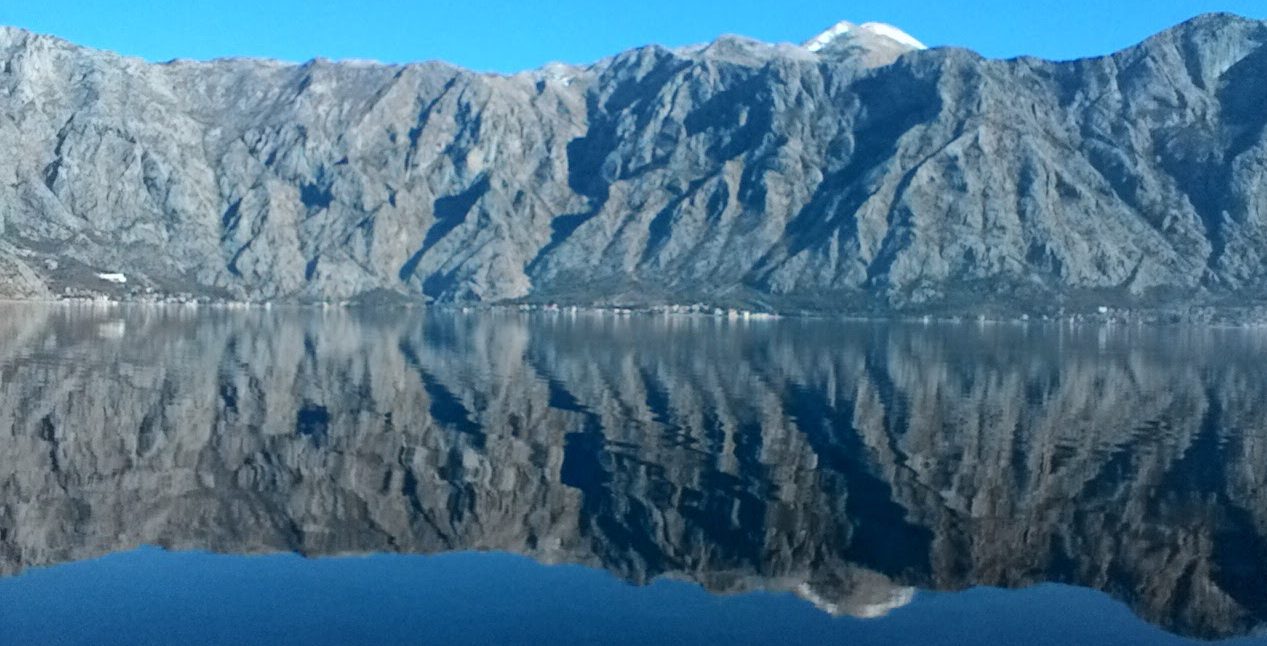